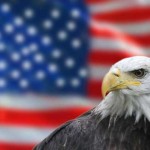 Christopher Layne essentially calls dominion and primacy by the term of “Preponderance,” and adds that the strategy seeks a “U.S.-led world order based on preeminent U.S. political, military and economic power, and on American values” (1997, 101). Layne explains that practicing extended deterrence and maximizing economic interdependence deal with threats to that order and will prevent the rise of a rival power (1997, 101). END_OF_DOCUMENT_TOKEN_TO_BE_REPLACED

This essay will examine how China will redefine the Clausewitzian battlefield and utilize legal warfare (sometimes called lawfare) as an “offensive weapon” to “seize the political initiative” and shape international public opinion about the Arctic and sovereign territorial claims through non-military means, negotiations, diplomacy and international law to project power and accomplish its core national strategic objectives.[6]   It will examine China’s use of legal warfare as a preferred strategy for addressing critical challenges to China’s assertion of rights and interests in the Arctic, including the competing sovereignty and territorial claims by Arctic states and the risks, costs and uncertainty of harvesting the resources themselves.[7] END_OF_DOCUMENT_TOKEN_TO_BE_REPLACED 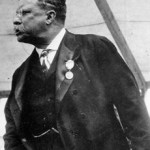 “It is not the critic who counts: not the man who points out how the strong man stumbles or where the doer of deeds could have done better.  The credit belongs to the man who is actually in the arena, whose face is marred by dust and sweat and blood, who strives valiantly, who errs and comes up short again and again, because there is no effort without error or shortcoming, but who knows the great enthusiasms, the great devotions, who spends himself for a worthy cause; who, at the best, knows, in the end, the triumph of high achievement, and who, at the worst, if he fails, at least he fails while daring greatly, so that his place shall never be with those cold and timid souls who knew neither victory nor defeat.”

We are the Stars of a Brave, New Digital World

Like the morning fog that settles across San Francisco Bay, the technological haze that permeates our society is clearly palpable during my morning commute to the Pentagon. About 50 human ‘techno drones’ stare into their smart phones and various personal technology devices for nearly the entire 75 minute bus commute, relationally disconnected and seemingly oblivious to their fellow travelers or anything else for that matter. And who can blame them? They have a job to do. And so do I. We are stars of our own personal Truman Show, watching a version of real life unfold before our very eyes while thousands of online marketers, friends, employers, government agencies and total strangers curiously watch our every move.

Of course, each individual Truman Show is just a little bit different. Exactly how are all of us spending our time online?  Simon Kemp of Social Media Today notes that the global online population of over two billion users spends 22% of their time social networking, 21% doing searches, 20% reading content, 19% reading emails or communication, 13% on multi-media sites, and 5% doing online shopping.[1]  Kemp says the average person in the U.S. spends 32 hours per month online including eight hours per month on Facebook alone.[2] Based on what I see every day, I think those numbers are extraordinarily low. END_OF_DOCUMENT_TOKEN_TO_BE_REPLACED 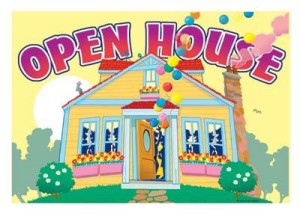 Thanks for stopping by the Kapok Tree Open House.

I came to get down

I know, I know, a little cheesy for a foreign affairs blog, but you get the picture. EXPLORE your world. Leave me some feedback, and I am very happy that you stopped by. God bless.

“There is a lot of apprehension that if he wins the Assembly, there will be a greater concentration of power,” said José Hernández, an editor of Hoy, a Quito daily newspaper. “He will try to flatten everyone who is in his way. He will try to dominate more because that’s his personality, and that’s what he wants to do.”[2] So just who is Rafael Correa? END_OF_DOCUMENT_TOKEN_TO_BE_REPLACED